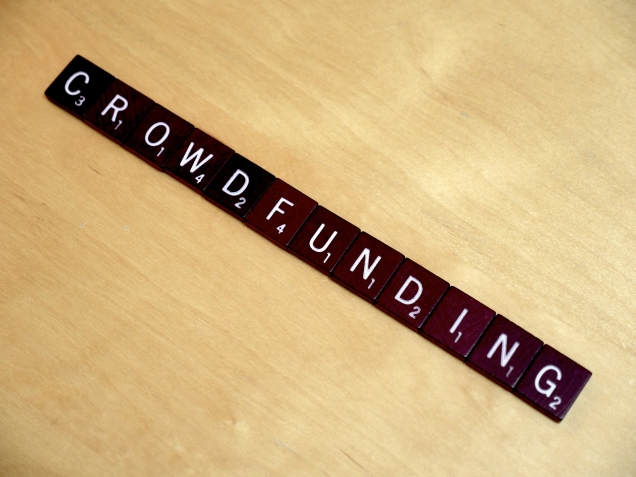 Miami University’s new crowdfunding platform, HawksNest — which we wrote about last week — offers an excellent opportunity for Miami students, faculty, and staff to seek funding for projects that might be difficult to fund through traditional channels. However, it’s important for prospective project owners to recognize that managing a successful crowdfunding campaign is quite different from developing a traditional proposal.

Here are some tips to make crowdfunding through HawksNest work for you:

Most people make spending decisions based on feelings, not thoughts. They choose to spend money on things that make them feel good about themselves, so you need to tell the story of your project in a way that shows prospective donors what they will get from supporting your project. Try reframing your perspective so that you do not think of your crowdfunding campaign as asking for money, but rather as offering self-satisfaction. You’re offering donors a chance to feel good about themselves by helping to make a discovery that could lead to a cure, or to solve a longstanding mystery, or to challenge unhelpful assumptions. And of course you’re offering them a chance to help students learn and achieve.

To tell your story effectively:

If you do this well, visitors to your campaign page will perceive the quality of your project as high, and will feel confident supporting it with a donation.

One thing to note is that projects that are culturally relevant to a specific geographic region are more likely to be fully funded. So, if your project fits in that category and you have a strong personal network in the relevant region (see #3 below), then play that up in your project description. For example, if you are from South Carolina and leverage your network of personal contacts from home, you could have strong success with a project that seeks to document and preserve the Gullah language native to the South Carolina and Georgia Lowcountry.

It’s also important to remember that your story doesn’t end once your project posts to HawksNest. Continue to post updates — on HawksNest and your social media accounts (see #3 below) — during and after the campaign. Your visible engagement helps prospective donors have confidence in the project and gives existing donors a feel-good rush (which makes them more likely to donate again).

Of course, you should always ask for what you actually need, both in terms of money and in terms of time, but within that context it’s helpful to know that more is not necessarily better. While HawksNest allows project owners to set a funding goal of up to $6000 and a campaign duration of up to 45 days, statistically speaking, projects that fall at the higher end of the range on either count are less likely to experience success. Data from other crowdfunding sites suggest that the sweet spot is a funding goal of about $3000 and a campaign duration of about 30 days.

People you don’t know personally are more likely to support your project if they see other people supporting it. This is the concept behind baristas’ “salting” their tip jars with a few dollar bills at the beginning of the day. With crowdfunding, the way you salt the tip jar is by getting people you know to donate to your project first.

Evidence from other crowdfunding platforms suggests that you should aim to raise 30% of your funding goal from your personal contacts. This is the point at which outsiders begin to have confidence that a project will succeed. (See #4 below for a reason it’s important to reach the 30% threshold early in your campaign.)

Large social media networks correlate to greater success for crowdfunding campaigns, so post often to Facebook, Twitter, Instagram, and Snapchat. Also be sure to ask people in your network to share your posts with their networks, because outside links to a crowdfunding campaign also increase the likelihood of success.

But don’t rely on public posts alone — be sure to reach out personally as well. Send private messages on Facebook, direct messages on Twitter, even old-fashioned email. On average, you can expect about 3% of the people you contact personally to donate to your project. So to figure out how many contacts you need to send emails or other personal messages to, take your funding goal, divide it by $25 (the most commonly donated amount), and then multiply that figure by 10 (the number you need to multiply the 3% positive response rate by to achieve 30% of total funding from this source). The formula looks like this:

For example, if your funding goal is $1000, you should aim to send personal messages to 400 contacts, as shown below:

4. Take advantage of the first few days of the campaign.

Another reason the first few days of a campaign are important is that projects are displayed on the HawksNest homepage in first-in/first-out order. That means the last project to be approved is the first project displayed. Therefore, the visibility of your project is greatest in the first few days of your campaign, before new projects push it farther down on the page. This is especially important for capturing the attention of visitors who are casually browsing HawksNest. You might consider sending your emails, Facebook private messages, and Twitter direct messages on Day 2 or Day 3 of the campaign, to boost donations after your project becomes less visible on the HawksNest homepage. (Projects can always be found using keywords or category search — so make sure to choose those well!)

5. Continue to promote your project for the duration of the campaign.

Crowdfunding is not a wind-it-up-and-let-it-go sort of thing. It requires constant engagement from project owners. This is all the more true for HawksNest, which doesn’t have as much traffic as, say, Kickstarter or Indiegogo.

Post often to social media and your campaign page and send follow-up emails. Consider doing an Ask Me Anything (AMA) on Reddit or sending press releases to local media (see #1 above about geographically specific cultural projects) — anything to both let people know about your campaign and keep it front-of-mind.

This site uses Akismet to reduce spam. Learn how your comment data is processed.